How to repair the square inverter?

The factory now uses a variety of machines, especially inverters, such as Quadruple Inverter is to be repaired and maintained, so that it can extend the service life of the inverter. If there is a problem, please ask a professional person to repair it. How to repair and maintain? Let's take a look at Lingke Automation.

Because the frequency converter has good speed regulation performance, it has been successfully applied to various fields. However, if the inverter is not well maintained or improperly used, it often causes the inverter to not work properly, and even causes equipment failure, resulting in production suspension. With the perfect protection function of the frequency converter and the experience of stacking, the ability to deal with the fault of the inverter will be shortened, the equipment stoppage time will be shortened, the safety of the equipment work will be improved, and the economic loss of the enterprise will be reduced.

If there is a problem of overvoltage tripping of the DC circuit during operation, what does the four-way inverter repair do?

Then the repair of the square inverter should do so. The ABBACS600 frequency converter is equipped with a brake chopper and a braking resistor, but the commissioning personnel select the voltage controller to be ON when debugging, and the two devices are not used. The brake chopper and the braking resistor are put into operation after the DC circuit overvoltage trip, but the result is more frequent.

When the four-way inverter was repaired, it was found that the inverter had been put into operation for several months, and the incoming line voltage was within the agreed scale when the trip occurred. When I was aware of the overvoltage of the DC link, I thought that under the condition of adjusting the feedback current by the voltage controller and avoiding the overvoltage of the DC link, the excessive rate of change of the load current is an important cause of overvoltage, and it is controlled by on-site observation. The equipment found that a piece of material was stuck between the conveyor belt and the discharge port. After the removal, the inverter was working normally.

Unpacking the inverter housing will reveal that the brake chopper is equipped with a three-speed line voltage selection device (400V, 500V, 690V), which is used to get used to different incoming lines. The voltage, in which the shorting ring is to be inserted in the 690V gear, forms the threshold for the brake chopper and braking resistor to be put into operation too high, if the rf1 of the ACS600 inverter with a line voltage of 400V If it doesn't work, then move the shorting ring to 400V, so experiment with the time to reduce the deceleration, whether the brake chopper and braking resistor work is normal.

In the examples encountered in repairing the four-way inverter, there are many problems caused by its peripheral circuits.

When repairing the four-way inverter, you should pay attention to the detection of the grid voltage, improve In the surrounding environment of the inverter, motor and circuit, it is necessary to set the inverter parameters reasonably according to the specific application conditions. After strengthening the equipment management, the fault rate of the inverter is reduced to the limit. 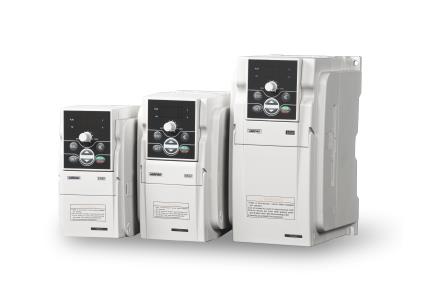 Previous: Delta PLC manufacturer: Note on the use of inverters in summer

下一条: The correct way to use can extend the life of Emerson inverters